An underwater climate crisis capitalist romance. With a giant squid. 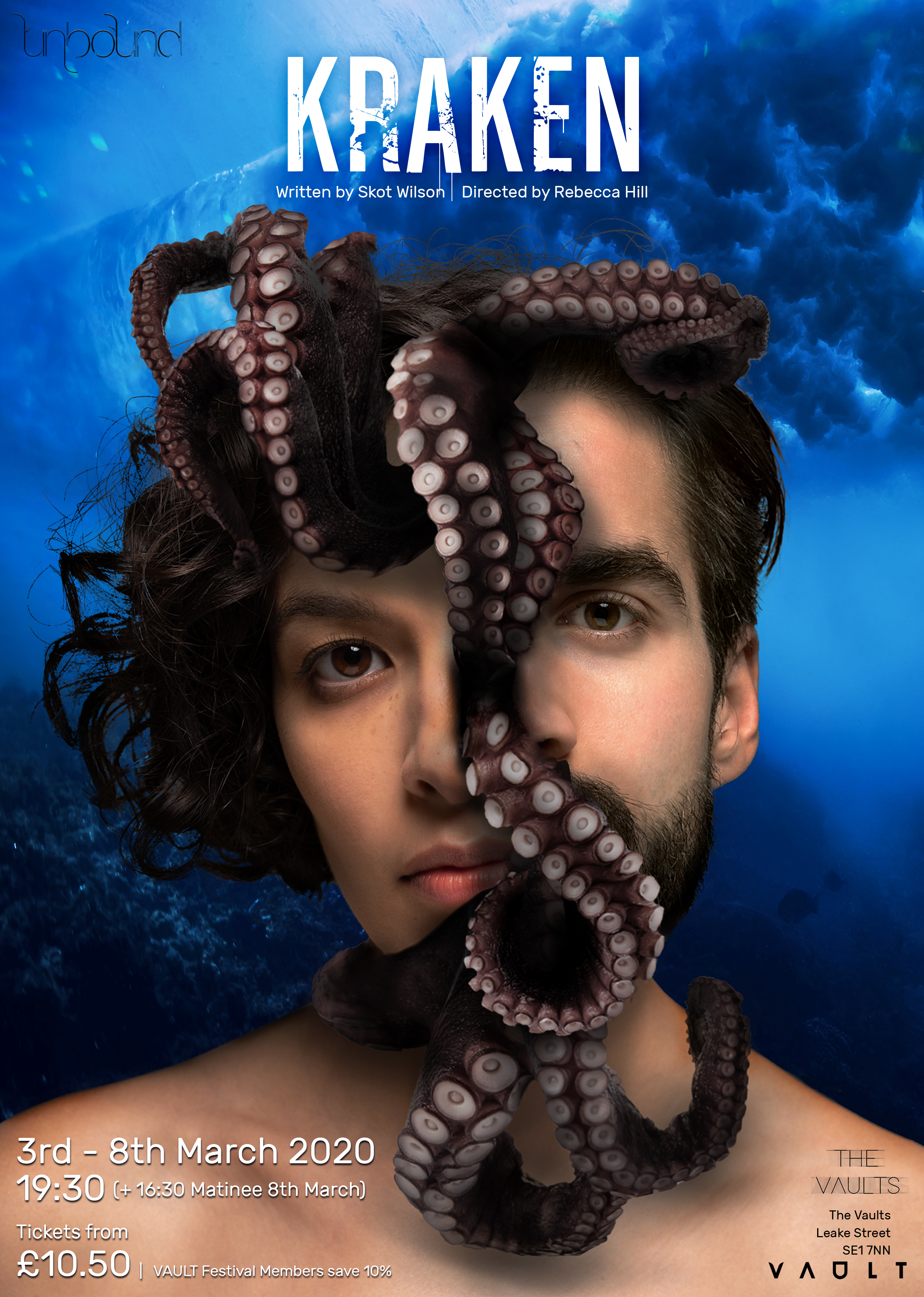 Welcome to an ocean full of plastic, giant squid, and opportunity.

Simon & Trixie work in a submersible mining station at the bottom of the sea. Their relationship is falling to pieces, but they can deal with that later. They just don’t want to be left behind in the climate crisis.

Every day, they dig up rare earth minerals which the planet needs for green batteries, electric cars, and new mobile phones. No one said going green would be easy.

It’s business as usual until they meet Archie – a giant squid. The loveable cephalopod has a lot to say about the big holes Simon and Trixie keep making in his home.

Kraken is a classic (and the only) underwater climate crisis capitalist-cephalopod romance. It’s a story about monsters, and what (or who) we’re prepared to throw away. It’s about going green but hurting the world around you. It’s about keeping up with catastrophe. It’s about wanting to love your planet, but not knowing how.

First and foremost, this is a play about what happens when a giant squid just might be your best friend. Or life partner.

We spoke to Staging Change, a performer-led organisation, which supports artists responding to the climate crisis. See our interview here.

The cast talk all things Kraken

A titanic thank you to all of our Unbound Angels who have supported us by shouting about us, donating, providing in-kind support and the tightest of tentacle hugs to get us through. In particular: The Vault Festival team, Ben Atterbury, Francesca Fenech, Louise McMenemy, Shaheen Mufti, Jane Quan, Natasha Atherton, Dominic Attenborough, Hannah and Tom Mosley, Italia Conti Acting, Bristol Old Vic, Ronald Duncan Literary Foundation, The Butterfly Factory, Staging Change, Print.Work.

"Shazia Nicholls and Jack Parry-Jones are both brilliant from start to finish, effectively delivering intense emotion and real humour that fills the submersible."

"...an ambitious, clever and engaging piece of theatre"

Make a donation to support KRAKEN